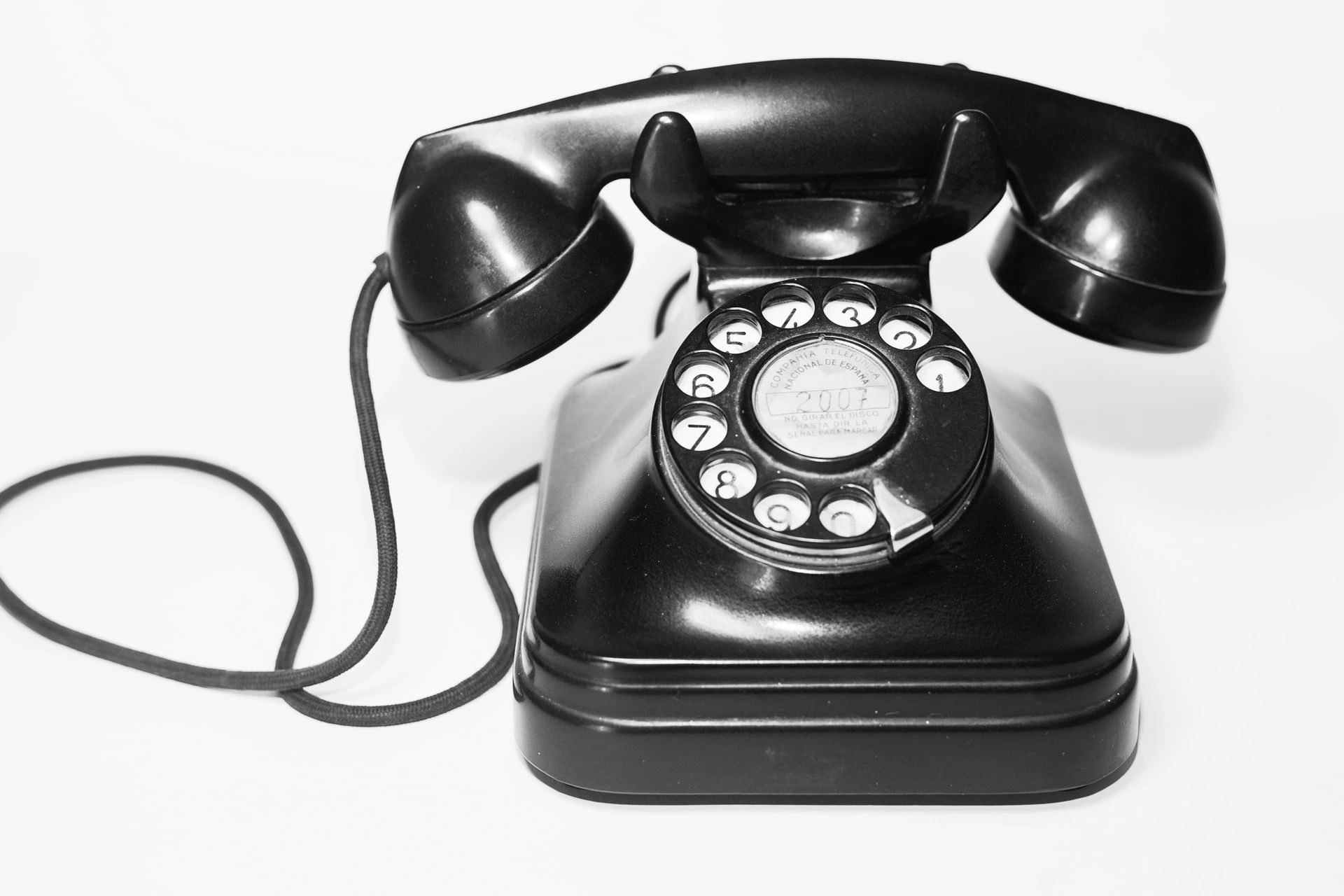 My name is Joel. I was born at the tail-end of Generation X, before the tech and internet-savvy Millennials and after the Greatest-Generation-ask-what-you-can-do-for-your-country Baby Boomers. When I was growing up our family used corded phones that were physically connected by a telephone line to the wall, and on occasion I'd use our rotary phone (like the one pictured above)! I've done an average job of keeping pace with technology as cell phones and smartphones have evolved to dominate telecommunications. I've made efforts, especially in my role as an at-home dad, to be less tethered to my smartphone, yet email and text remain my primary mode of communication.

That changed, however, when my daughter learned how to use the phone as Alexander Graham Bell intended - as a telephone! She began dialing phone numbers of people she knew, requiring me to actually talk to them instead of texting or emailing. We made at least 3 calls a day on several consecutive days, and I began to notice a tangible shift - I felt more connected to my family, friends and neighbors. I felt a stronger sense of community.

As a baseball player I was always interested in streaks, and I wanted to see what happened if I kept it up, so I set a goal to call at least 3 people a day. In short, it's been life-changing. I really enjoy talking to people much more than I ever imagined. I realized it's timely as other people want to talk now more than ever due to 'social distancing' and 'sheltering in place', so I'm offering up the challenge to others ... it's simple, just call 3 people a day!

May 2019 Forbes article “Millennials And The Loneliness Epidemic” :

“The Loneliness Epidemic”, published in January 2019 by the U.S. Health Resources and Services Administration:

“Connection is why we’re here. It’s what gives purpose and meaning to our lives.” -- Brene Brown